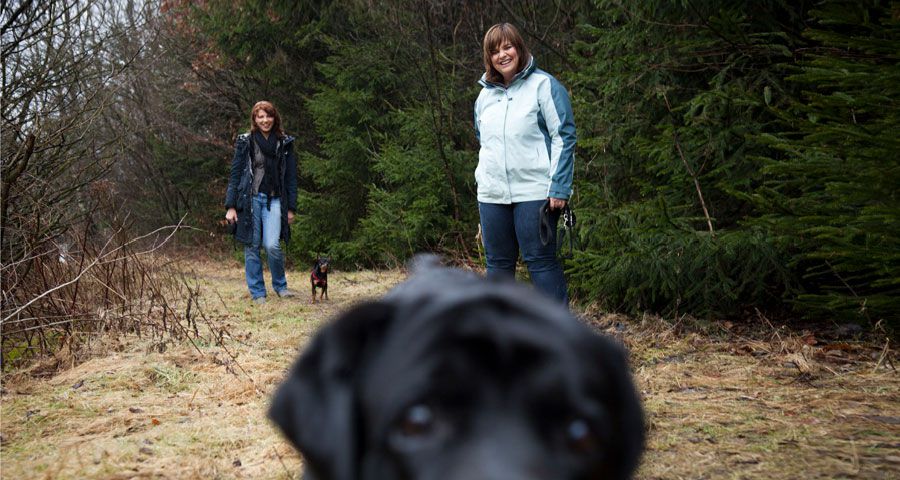 Assembly at Gira is divided into several manufacturing segments. Segment 5 assembles all types of covers, e.g. covers for rocker switches, touch sensors, and for communication technology plug connectors. Employees in this segment have received the "smart bonus", which is paid out by Gira for increase in net productivity, eleven times within four years. All this just for the money? Christiane Harnischmacher and Lilija Sartison, the two team coordinators, have a different opinion. They say: "Money alone can never be a motivating factor."

Ms Harnischmacher, Ms Sartison, how is it that your segment is becoming increasingly "smarter"?

CH: I think we simply started early on with our optimisations. When the prize was introduced in 2007, our net productivity figures were rock bottom, we recognised a need there.

Did management shake you up?

LS: When the figures were presented, many of us were initially frustrated, we said: We will never get the "smart bonus". But then we started to think about what we could change.

CH: Yes, somehow this awakened our fighting spirit, we wanted to prove that we could do better.

So did this bonus motivate you?

CH: It was a springboard for a kind of mood to start afresh, at least. And then after this we didn't want to stop at all, we really enjoyed it. And this has continued to this day. So you wanted to increase productivity.

What did you do?

CH: We simply started talking to our teams. We did this in passing during our everyday work, and this is how we collected ideas for changes.

LS: At the start, this also called for a change in attitude. We tried to move our employees more in the direction of working in groups. To show that we are moving away from piecework. That is my workplace, that is my chair, that was the attitude of the "old hands" from the piecework time. Integrating old and new employees into the group without any resentment was also a major challenge. These are things that took time.

You said that you collected your colleagues' ideas? What were these ideas?

LS: Yes, these were minor issues, actually simple things, which, however, put together made a difference.

And with these trivial issues you then gradually turned the whole segment on its head?

CF: Yes. A good example is the box in which we currently install the modular jack/Western plug connector. For historical reasons, all the work steps were spread over the entire segment, in spatial terms. For each work step, all the parts had to be packed into the box and then taken out again. This alone increased lead times significantly. Today, we have collected all the work steps in this box and reintegrated a step that was previously outsourced. From an ergonomic perspective, it's very good, the height of workplaces can be adjusted, employees can sit or stand. 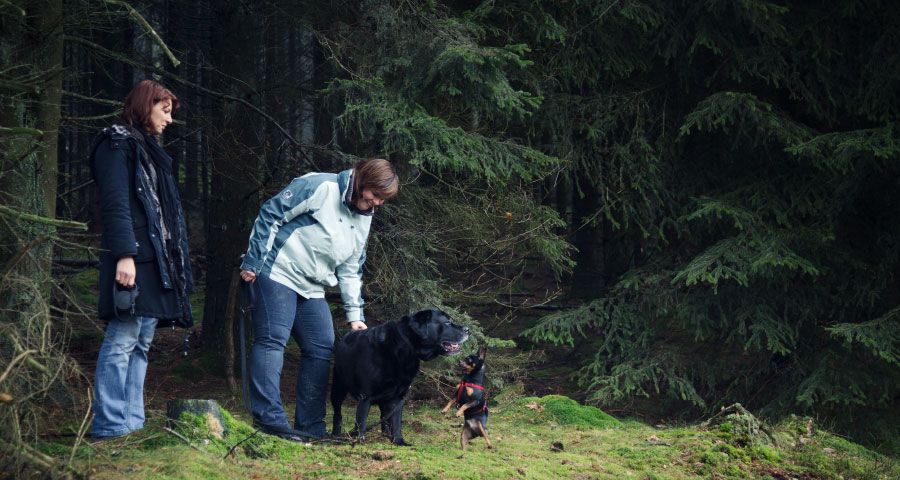 "In our private lives we have different interests, just look at our dogs. But at a human and professional level, we attach importance to the same things." 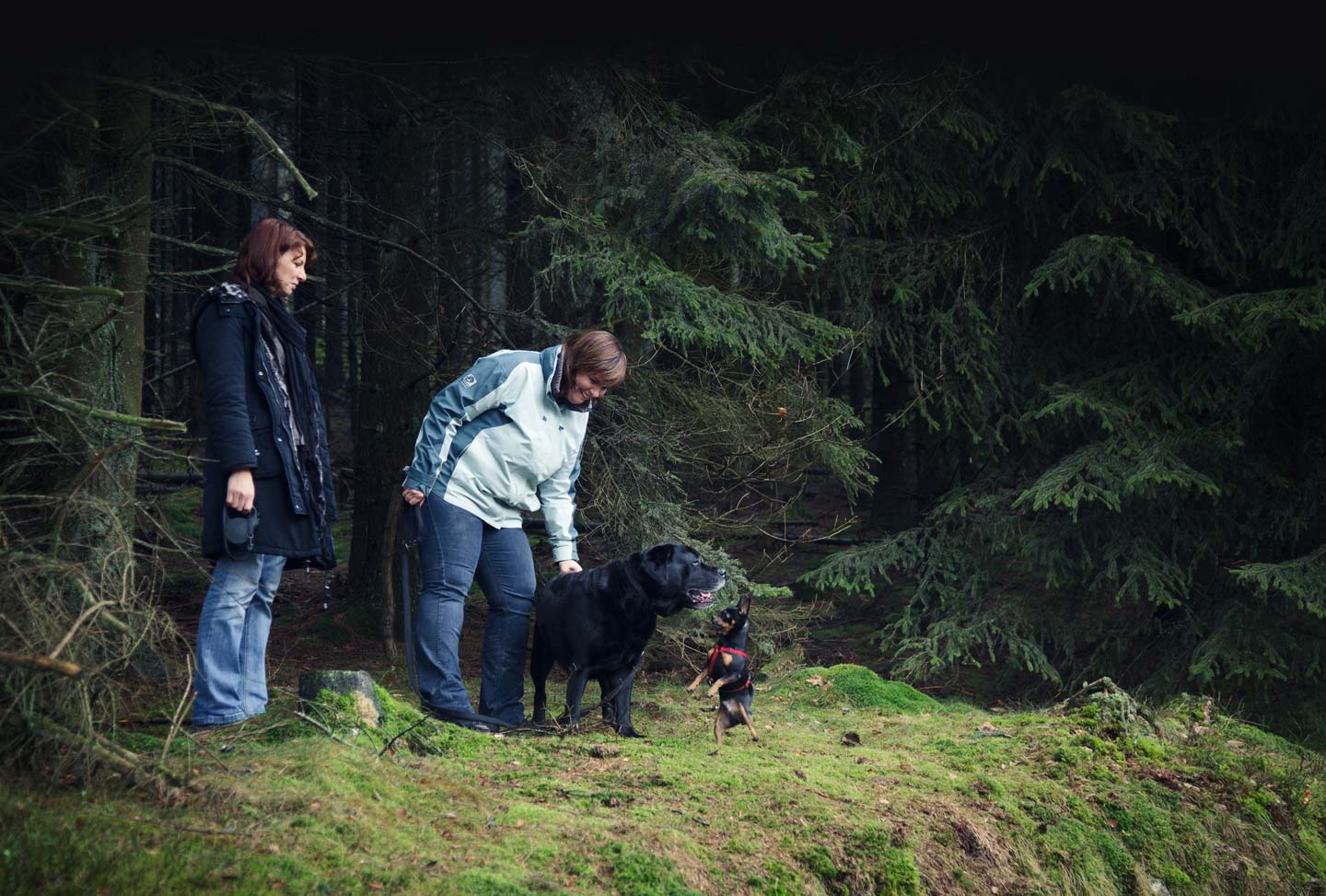 Doesn't this stop sometimes? At some point there won't be anything left to
optimise.

CH: No, there is always something, a new product, right now the SAP system, and of course the requirements change. And then everyone is wondering how that will proceed and adapt.

LS: In the meantime, this willingness to change has become so second nature to employees that they don't even notice it themselves. They know that they don't have to blindly accept everything that is put in front of them.

And all this just because of the bonus?

CH: Of course, this is also about the money, but you will never manage to motivate people with money alone. People must simply enjoy coming here to work. Often, when our head of manufacturing Mr Dürwald asked, what difference does that make to you, they answered: Yes, we are allowed to laugh.

What exactly do you enjoy about your work?

CH: I think, there is still this mood of starting afresh for many people, at the same time it has become normal to think about possible changes. They all know that they don't have to accept anything that they don't agree with. And that change is not scary, but is a part of everyday life. Maybe we have succeeded in implementing this way of thinking into the team

LS: An incentive is certainly also the opportunity to be able to work without unnecessary bodily exertions. If I can do the same work in a comfortable, ergonomic manner without going home totally exhausted, while being able to receive a "smart bonus": why not? 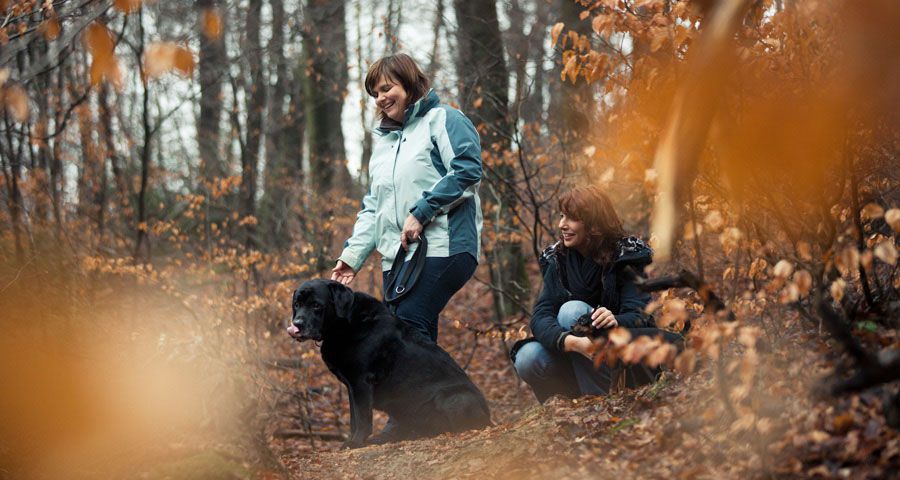 Totally different, but solid partners at work: the two team coordinators Christiane Harnischmacher [left] and Lilija Sartison [right] on a walk in the forest. "In our private lives we have different interests, just look at our dogs. But at a human and professional level, we attach importance to the same things."

So would you see the right of self-determination of your colleagues as a main impetus for fun and a willingness to change?

CH: Of course, because you don't relapse into old habits if you yourself were involved in the changes. When I see that it is a good thing for me, then that doesn't happen. And this principle of not going to employees and saying, you must do this, but instead, saying tell me how you would like to have it, this has the most impact.

Is it sometimes difficult to push through changes vis-a-vis Gira?

CH: We are sometimes uncomfortable, but on the whole Gira is very open. No, on the contrary, I am pleased how much independence is possible in my role and how many concessions I can make to my employees. And they also give it back to me. It's about give and take. We are nothing without our team.

So, will your team of around 50 employees also get a few more optimisation measures off the ground in future?

CH: Of course, as I said, it never stops. But we are on the right path yet again.

Christiane Harnischmacher: Getting the "smart bonus" this year for the twelfth time.

We'll keep our fingers crossed for you.

Born
1965
At Gira since
2006
Training
as master craftswomen in the bakery trade
Career at Gira
Since 2006 team coordinator in Segment 5.
Current training measure
Christiane Harnischmacher is currently completing a further training measure as a technical business economist.

Born
1973
At Gira since
2003
Training
Training as an administrator in a construction company
Career at Gira
Lilija Sartison worked in Assembly from 2003 to 2005 and has been a team coordinator in Segment 5 since 2005.